Excellent Farm located in Vale de Água, in the municipality of Santiago do Cacém. The farm consists of 2 hectares of land with planted wets and some olive trees. It has registered a single-end housing with an area of 225.25m2 and agricultural facilities with a total area of 335.10m2.The house has 3 bedrooms, kitchen, living room and bathroom; In the outside we have a shed with a dining area and a water tank. The quiet and tranquility with all the privacy that is sought in alentejo, 20 minutes from the beaches of the Alentejo Coast.Great investment so you want to rebuild the houses and monetize.Bank Financing:Habita is a partner of several financial entities enabling all its customers free simulations of Housing Credit.Location:Santiago do Cacém is a Portuguese city in the District of Setúbal, is the headquarters of one of the largest municipalities in Portugal, with an area of 1,059.77 km².It is home to one of the largest municipalities in Portugal, with 1,059.77 km² of area and 29,749 inhabitants (2015 INE), subdivided into 8 parishes.The municipality is bordered to the north by the term of Grândola, to the northeast by Ferreira do Alentejo, to the east by Aljustrel, to the south by Ourique and Odemira and to the west by Sines and has coastline in the Atlantic Ocean. It is the only municipality in the entire Alentejo that contains 2 cities within its term (Santiago and Santo André). It also has three villages (Cercal, Alvalade and Ermidas-Sado).History:Its name derives from The Mooring Governor Kassim and the Order of Santiago.Endorsed in a strategic geographical location, human populations have sought this region since remote times to establish itself. The excavations carried out in the Old Castle, where the Roman ruins of Miróbriga are located, show that the region has been inhabited since prehistory.The ruins of Miróbriga represent one of the most striking traces of the occupation of the Romans in southwestern Portugal.It was classified as a Property of Public Interest in 1940. The Roman city stretches for more than 2 km, featuring ruins of housing buildings, paved streets, a racetrack, a bathing, a bridge and a forum.With Roman colonization, it developed into the commercial area around the forum. The termes, among the best preserved in Portugal. Relatively close to the terme, there is a bridge with a single semicircular arch. The hippodrome is the only fully known in Portuga and is located farther from the center.It was around 712 and already after the decline of Miróbriga that the Moors reached the territory, building the castle on the hill in front; it is even thought that the name Kassem will be linked to the Mooring villager. The Moorish occupation lasted until the 19th century. XII and many battles for the reconquest took place in the territory until, in 1217, he returned definitively to the possession of Christians, and D. Afonso II confirmed the donation of his father to the Order of Skewers.Economy:In the municipality, activities related to the primary sector predominate, followed by secondary and tertiary activities.Agriculture still maintains great importance, with 43.9% of the municipality’s area destined for agricultural exploration, especially the cultivation of cereals for grain, temporary grassland and forage crops, industrial crops, pousio, olive groves, grassland and permanent pastures.Livestock farming is also of some importance, particularly in the breeding of birds, sheep and pigs.About 7785 hectares of its territory are covered with forest.Thus, agriculture, swine farming and rice husking are the most important activities, followed by industry, namely self-catering workshops, civil construction, civil locksmithing, marble processing, wood sawing and cork processing.Culture and leisure:There are many popular and cultural manifestations in the county: the feast of Our Lady of Grace, held on the last Sunday of May, with various religious ceremonies, namely prayer meetings, and the annual fairs, on the fourth Sunday of April and the fourth Sunday of July; Santiagro, “Agricultural Fair”, in May, of economic and cultural promotion; FATAL – Alentejo Coastal Handicraft and Tourism Fair; the traditional Green Grass festivals, both in July; the Monte Fair in September; the traditional festivals of Aldeia dos Chãos in August and The Day of the Municipality, on July 25.In handicrafts, we highlight the latoaria works, lace, embroidery, clay and cork work, tapestry and wood.As a cultural installation, the municipality has the Municipal Museum of Santiago do Cacém, in which the numismatics and archeology sections are to be taken up, the latter representative of human occupation in the region, since the times of the Upper Paleolithic. In the collection of ethnography, highlight the traditional Alentejo cuisine, which joins the recreation of a popular room, which makes counterpoint with another of markedly bourgeois taste and which is part of a remarkable legacy of one of the families of the region – the Counties of Avillez.In 1895 the first automobile arrived in Portugal, owned by the Count of Avilez, santiago do Cacém;The title of curiosity, also the 1st Rolls Royce that came to Portugal, came to Santiago do Cacém, owned by José Sande Champalimaud and the car registration with no. 1, in 1904, went also to Santiago do Cacém, on behalf of Augusto Teixeira de Aragão.Points to visit:- Castle of Santiago do Cacém- Miróbriga Archaeological Station- Municipal Museum of Santiago do Cacém- Castle of Santiago do Cacém- Badoca Safari Park- Medieval Alvalade Bridge- Old Castle area with the ruins of the Roman city Miróbriga- Church of Santiago or Mother Church of Santiago do Cacém 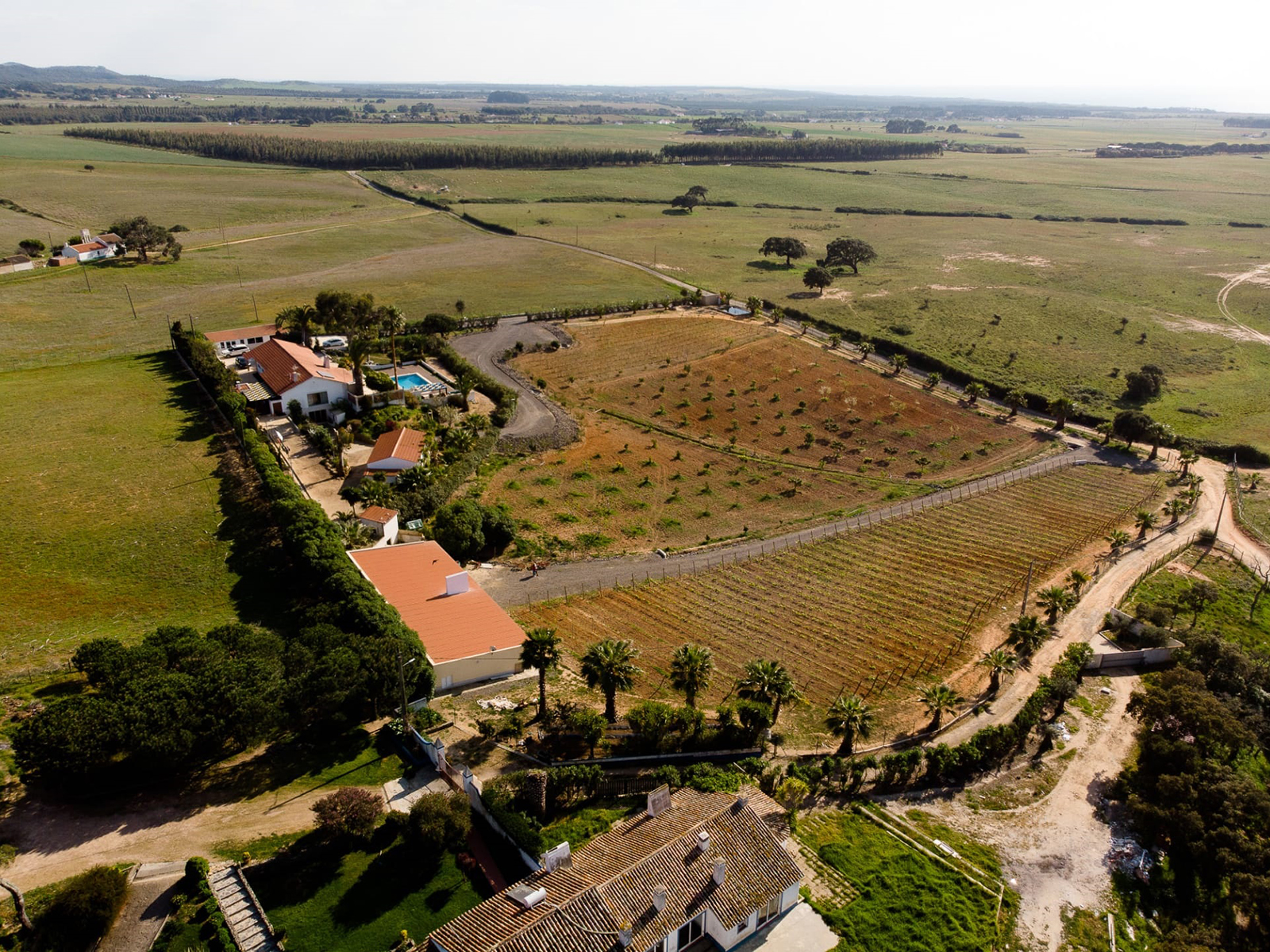 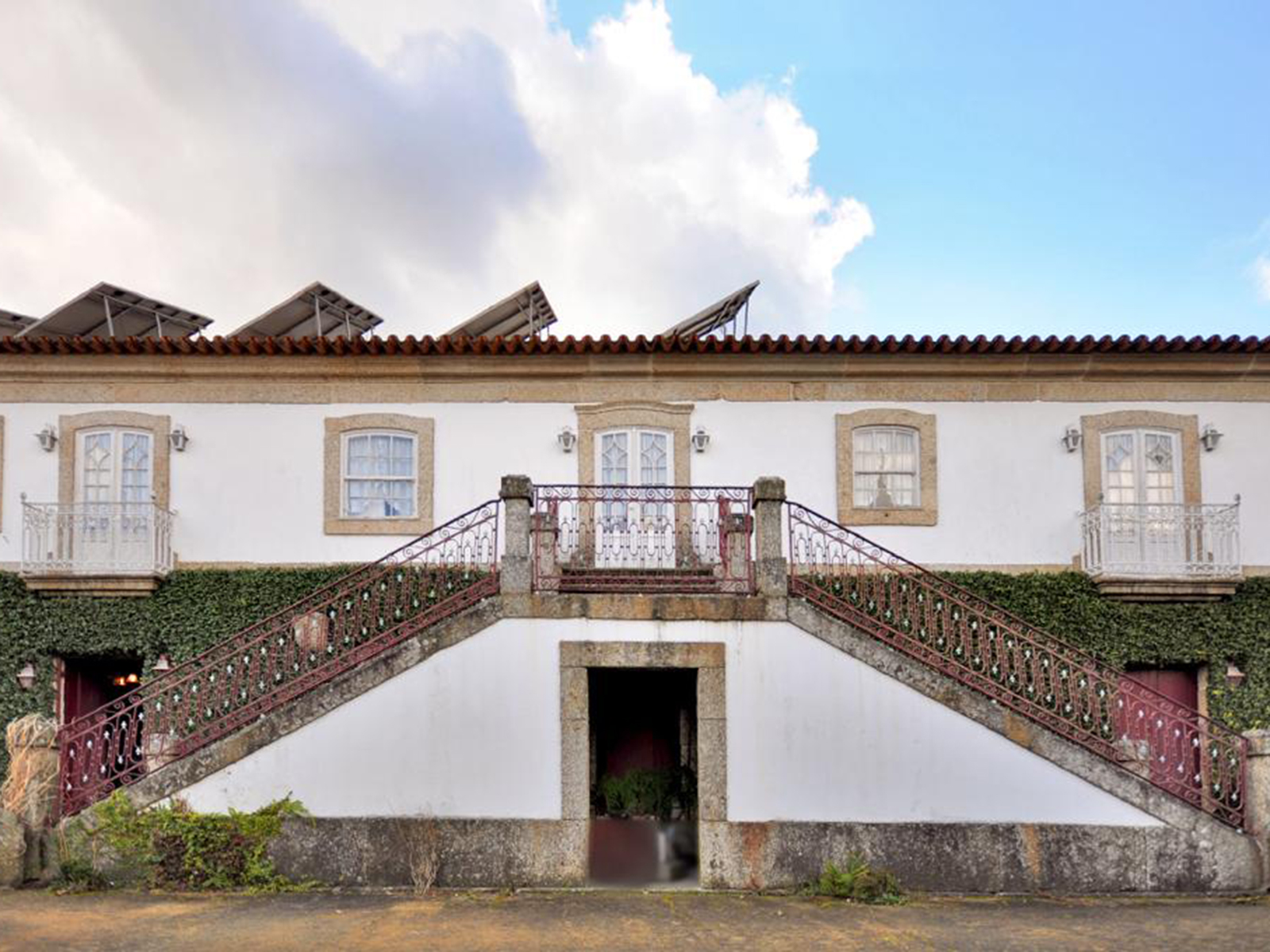 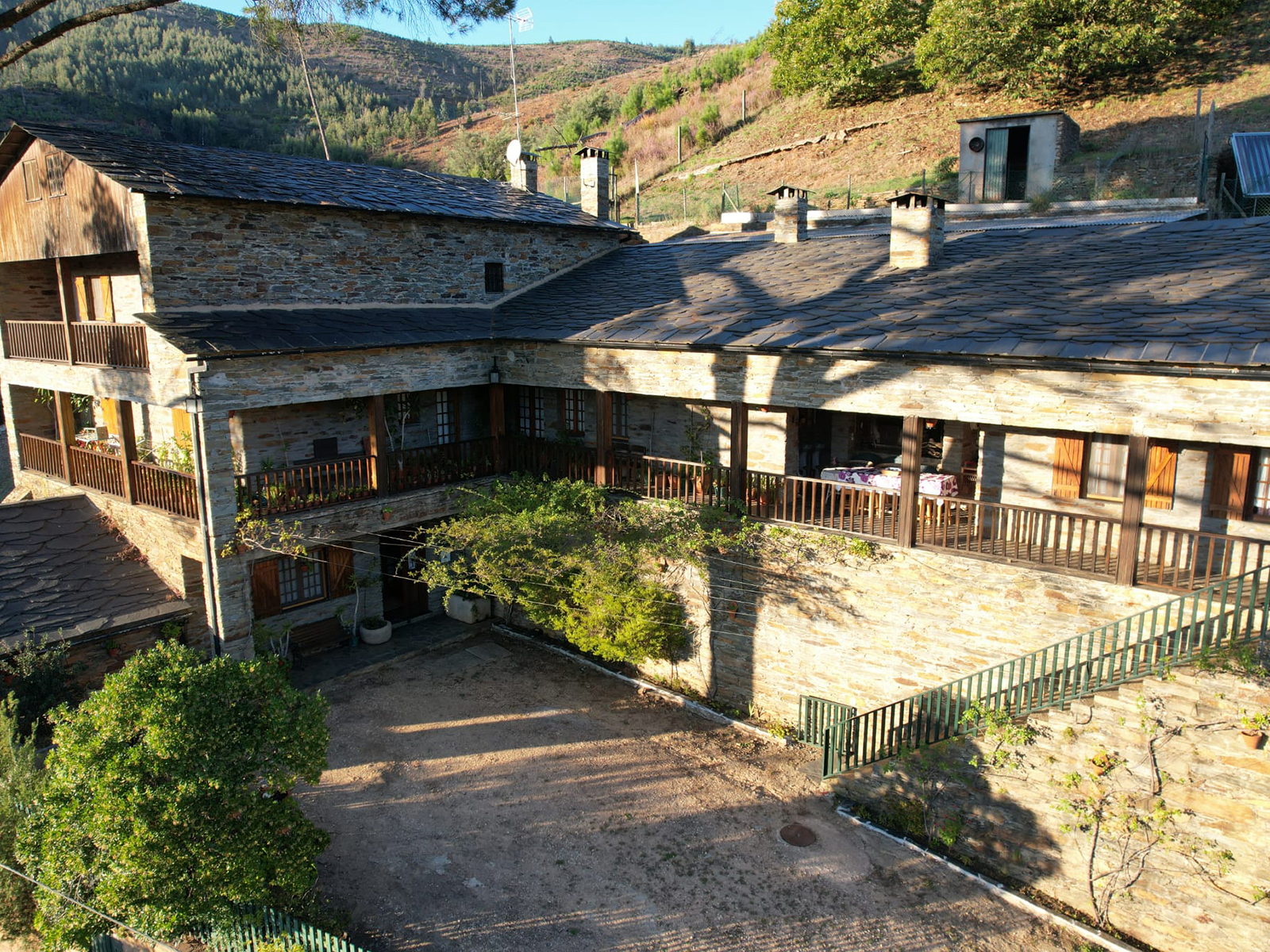 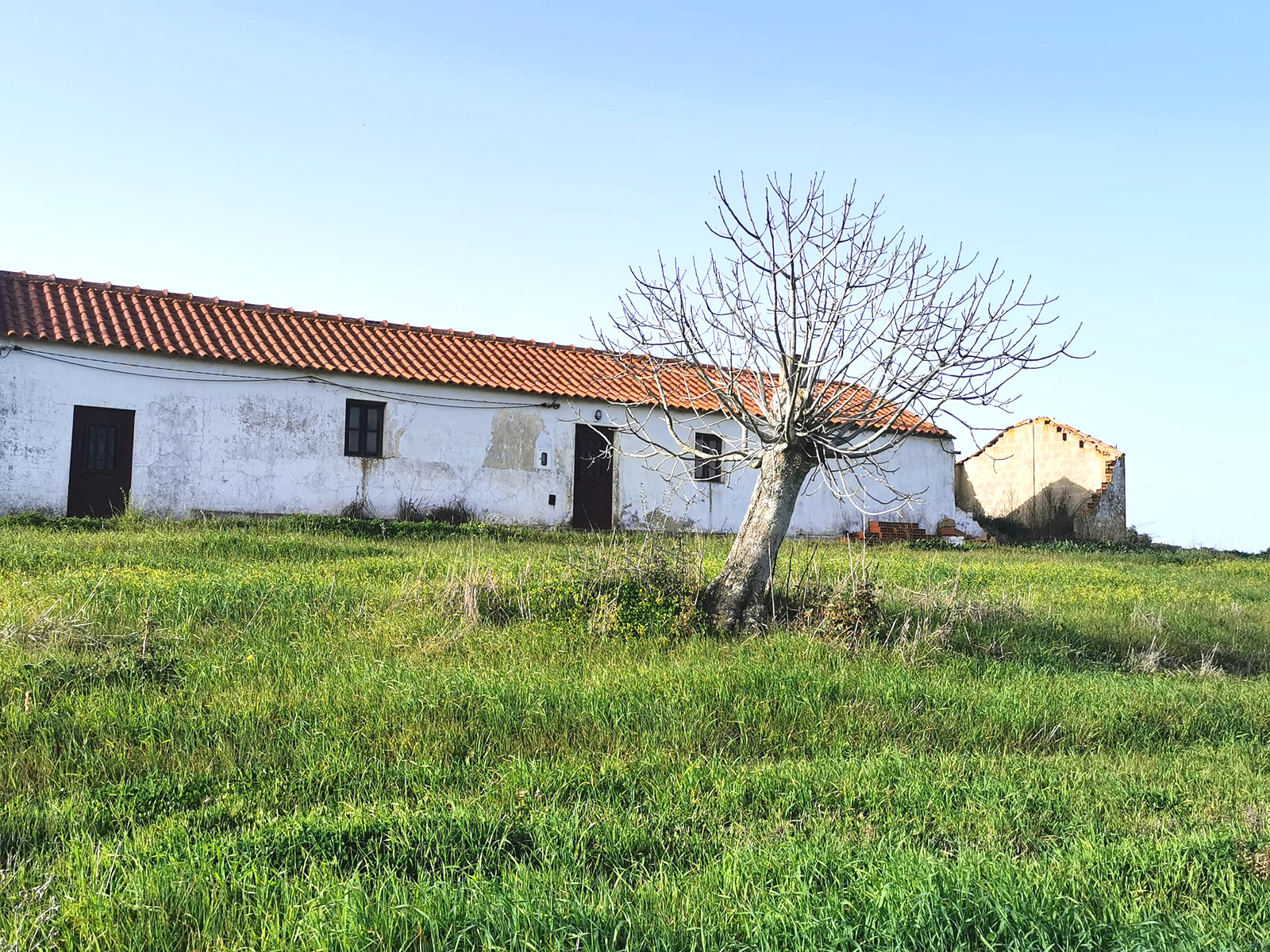